In 1998, Superman briefly traded in his standard tights for an electricity-themed suit ... then he split into two electric Supermen. As I've discussed before, a costume redesign is a good way to drum up interest in a character and sell some comic books. But alas, this redesign (like so many) was never as popular as the original, and was retired shortly after being introduced. I still enjoy it as an oddity. Please note Clark Kent's plain undershirt (the electric suit formed around his body when he transformed from Clark to Superman): 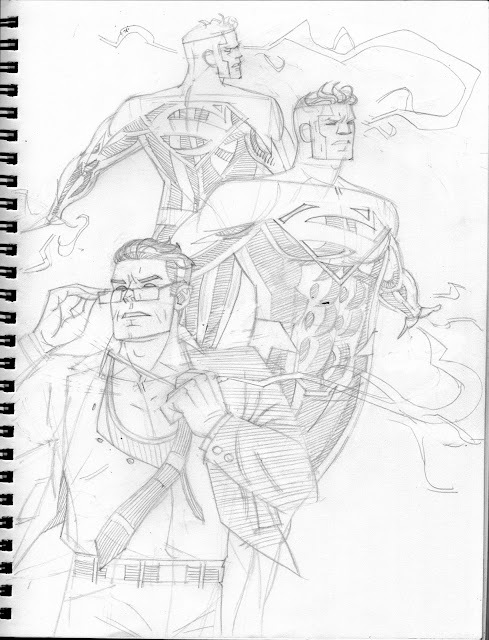 Posted by Carl Peterson at 2:16 AM