Can't Keep a Good Turtle (or Franchise) Down

The turtles are back. Back on the air on Nickelodeon and back in the comics at IDW. And if you ask me, that's a good thing. With almost 30 years of butt-kicking history (1984-2013), they have proven that they have staying power (in addition to Turtle Power).

This sketch takes a little of what I like from every incarnation, but it's mostly a mix of the Nick cartoon (with the young april) and the IDW comic (with the comic-y-ness). I also like the idea that you can tell the turtles apart just by the shape of their faces and their expressions. I hope Splinter would be proud. 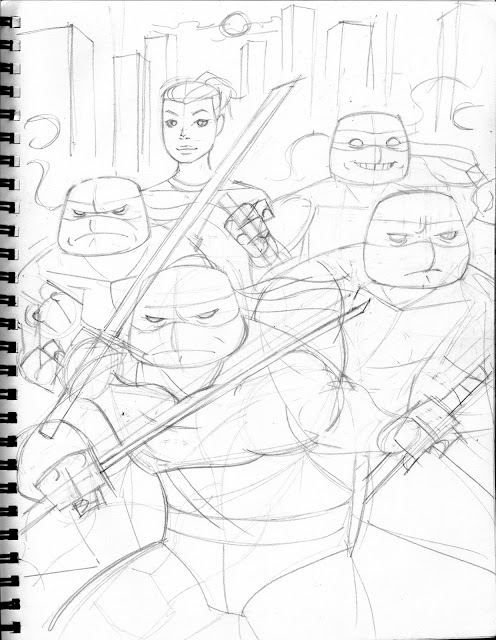 Posted by Carl Peterson at 6:39 PM