... in a paper/rock sort of way, not in a dead horse sort of way. Anyway, Bane famously broke Batman's spine in the 90s. While Bruce Wayne recovered (a broken back heals, right?), his temporary replacement modified the Batman suit and avenged the true Batman's back.

This is one of the more "out there" costume redesigns from the 90s I was mentioning the other day. He held onto this outfit for about a year, until the original Batman made an inevitable return. 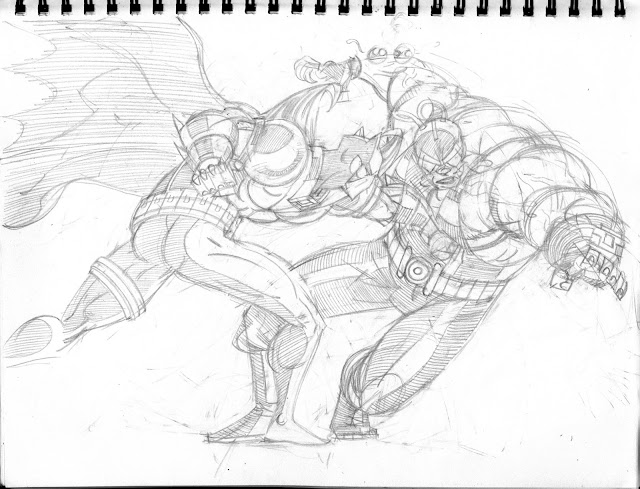 Posted by Carl Peterson at 1:51 AM